God said, “Let there be a firmament”; and it was so!

God’s word is powerful, and as it goes forth, changes accompany it; sometimes even literal atmospheric changes. This was the case in Genesis chapter one in the creation story from verses six to eight. It says:

God continues to exercise his creativity as we watch the wonders unfold. The waters we see in verse one of Genesis chapter one, seemed to be a great part of the now formless earth.

It was the only thing you could see after the gross darkness that covered the earth.

The void was so terrible, and the waters were so abundant. God needed the light to first appear as a signature of his presence and intention to bring light (progress and direction) to the present formlessness of the unformed earth.

It was God declaring to the principalities and powers that roamed the voids that, “Hey, am about to do a new thing!”.

So, God commands that the waters be separated in order to create an expanse or firmament; an atmosphere, the present location we call space. It’s the whole area that gives us the opportunity to breathe and move about freely.

It was to be a space without water; which would usher in the creation of land; the solid ground.

This was the creation of atmosphere and the heavens. The atmosphere is the breathable part of the space that we live in; it divides the waters above from the waters below.

While the heaven here is the sustained portion of the waters above us that we refer to as the clouds, atmospheric water and water vapor.

The word firmament means something that is spread out. So, we see at the powerful word of God, there was a spreading out of air to separate or divide the waters.

The firmament is the habitation of a large number of the creation of God. The Psalmist speaks in this manner:

“The heavens declare the glory of God; and the firmament shows His handiwork.” [Psalm 19:1]

“The heavens declare His righteousness, and all the peoples see His glory.” [Psalm 97:6]

The heavens always declare the glory of God, but we may not be able to see what goes on in the heavens. We have a sneak peek into the heavens glorifying God as we see in the Revelation:

“The four living creatures, each having six wings, were full of eyes around and within. And they do not rest day or night, saying: ‘Holy, holy, holy

Lord God Almighty, Who was and is and is to come!’ the twenty-four elders fall down before Him who sits on the throne and worship Him who lives forever and ever, and cast their crowns before the throne, saying: ‘You are worthy, O Lord, To receive glory and honor and power; For You created all things, And by Your will they exist and were created.’” [Revelation 4:8,10]

The hosts of heaven continue to worship God. Throughout the Revelation, we see the continuous worship and giving glory to God (which is what worship really is) by the angels, the four living creatures, and the twenty-four elders.

The heavens is a stretch of location that begins with this our atmosphere that we see (being the first heaven), crosses to the second heaven (which is the next layer above this atmosphere), and unto the heaven of heavens (the dwelling place of God).

It shows that when God spoke the heavens into being, it was literally heavens.

All these heavens are ruled by God, and so whoever inhabits them whether principalities, rulers and powers in heavenly places (Ephesians 3:10, 6:12), or the birds of the air and every flying thing; they all bow to give him glory and honor. For has made all things.

Everything God has created, He created alone for His own pleasure. He is God alone who has created all the things that we see, and even those we do not see, but they all give Him glory and honor.

He made the firmament, dividing the waters from the waters. What a powerful God!

The second day of creation rolls into the third day. Sometimes, we think God is done ‘creating’ what He is in our lives, but if we hold on a bit longer for the great workman to finish His masterpiece, then our lives will bring glory to his name, and declare His righteousness to all men.

The God of heaven and earth has made all things, and all things must honor Him and give Him the glory He deserves. 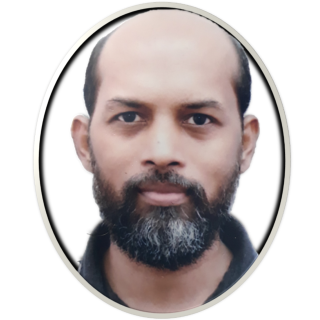